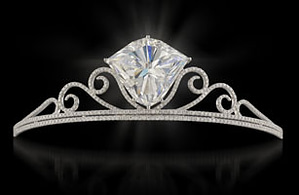 For this Valentine’s Day how about choosing this diamond as special gift for your special person? The diamond is a 101.27-carat one and a private buyer bought it for $6.21 million at Christie’s Hong Kong jewelry auction

The diamond was sold off the last May and it has a new name now. The new owner of the stone has named it as ‘The Shizuka Diamond’ after his wife with whom he was living for 16 years. What makes the Shizuka diamond so special is that it is biggest colorless diamond that has been ever sold off at an Asian auction. During the auction, the diamond was mounted on a tiara.

When it was sold it was also the biggest colorless diamond which was sold at any auction worldwide in about 20 years. The shield-shaped stone was cut from an original rough that was 460-carat and it has 92 facets.