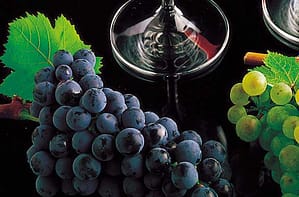 Though few of us in the US have heard of Mendoza, Argentina, more than 300,000 people attend the closing festivities of its annual grape harvest. Now considered the 8th wine capital of the world, Mendoza is most famous for its complex Malbec wines and stunning location in the Andean foothills. Its harvest takes place from January through March, with closing festivities this weekend, combining regional pride in viticulture heritage with a street carnivalesque ambience, a Wine Queen parade, grand fireworks, wine tastings, artisan booths, and more.

Inspira Travel offers a package for this year’s event, which ends Sunday, March 8th. Your editor apologizes for this late entry.

Every year, from January through March, the province of Mendoza in Argentina celebrates its grape harvest – more than 17 towns hold local events with the most important dates taking place over the first weekend of March, as the season culminates with street revelery, beauty pageants, folk dancers, and fireworks.

Where’s Mendoza? In the huge country of Argentina, it’s located 1,118 miles from Buenos Aires. In fact, though its vineyards are undoubtedly the area’s main attraction, it’s well complemented by exclusive spas, golf courses and spectacular settings for adventure tourism.

Inspira Travel presents packages for aficionados to explore the newest world capital of wine at a time when its cultural heritage and pride literally take to the streets.

On Friday, March 6th the Via Blanca de las Reinas parade kicks off the weekend as 17 candidates for Vendimia Queen (one from each of the province’s towns) ride their festooned floats through the city center. Participants distribute wine samples in baskets, reaching crowds with long poles in competition with their rival pueblos. The following evening, the grand closing spectacle – and the only event that requires entrance tickets – crowns the Queen in an amphitheater, complemented by a fantastic light show, music and dancing. On preceding nights, the city’s plazas are bordered by numerous booths featuring handicrafts, wine tastings, local gastronomy, and live music.

Inspira Travel’s 7-night packages for the 2009 Vendimia allow travelers to see top attractions of the area while leaving time for independent exploration of the famous festivals. The Inspira Vendimia package combines two nights in Buenos Aires with five in Mendoza and includes: seven-night accommodations at top hotels, city
tour and tango show in Buenos Aires, city visit of Mendoza, wine tasting tour to leading vineyards, half-day visit to the Andean foothills and the mineral water springs of Villavicencio, entrance to the closing acts of the
Vendimia festival, and airport transfers. Rates start from US $1,839 per person depending on hotel selection, and are per person based on double occupancy. Airfare is not included. Package is available March 1-8, 2009
based on Vendimia festival dates, but other travel dates may also be arranged.