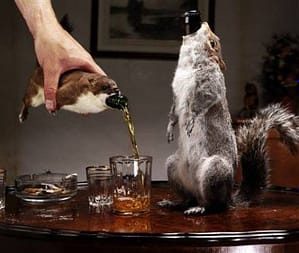 You must know that beer is a drink known to man from olden times and is one of the favourites with most writers. While a number of people enjoy having a less costly and light beer, there are some world’s most luxurious beers also available in the market.

One such priciest beer is Brewdog’s “The End of History”, which is priced at $765 per bottle. BrewDog, brewery of Scotland, presented a beer which is served in bottles and has a high content of alcohol.

This beer is named after a book published by the philosopher Francis Fukuyama. It comes in eleven wonderful bottles. The bottles give the beer the most sensational appearance. Each bottle is enclosed in a weasel or squirrel that is stuffed by expert craftsmen. You will get seven weasels and four grey coloured squirrels. Their dead bodies are immortalised in terms of beer bottles. This gives these lavish beer bottles an extra respect than those disgraceful bottles of the roadside.