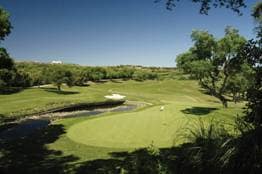 If you’re addicted to golf (and I’ve been bitten by the bug, too) and have always yearned to play the British Isles or European courses on a golf vacation, Perry Golf is offering three special value tours to northwest Ireland, Wales and Spain’s Costa del Sol, for less than $3,000 each.

A seven-night, six-round (including Valderrama and Sotogrande Old) tour along Spain’s Costa del Sol from November 2008 to March 2009 is $2,950. All tours include deluxe accommodations and a rental car.

For more information, visit PerryGolf or call a Perry Golf travel specialist at 800-344-5257.