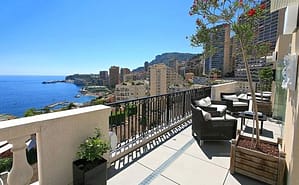 Expensive real estate is the thing that tops the list of the luxury items like gadgets, food and clothing. According to a recent survey by the Global Property Guide, the most expensive real estate market in the world is Monte Carlo. Named as “Mount Charles” after Prince Charles III of Monaco, Monte Carlo is a northern district of the city-state of Monaco and is abode of the Opéra de Monte-Carlo, the celebrated Hôtel de Paris and the larger portion of the Curcuit de Monaco, where Formula One drivers race in the Monaco Grand Prix.

The average cost of the luxury real estate in this district is around $47,578 per square meter, as mentioned in the 2009 report of the Global Property Guide.