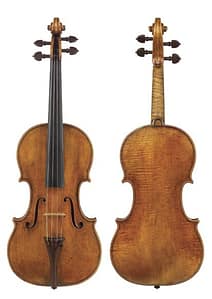 Violin is one of the most popular stringed musical instruments of the world. The oldest violin is dated long back in 1564. It is considered that one of the most expensive violin that was sold in the month of April in 2005 by Christie’s New York. This exclusive piece costs a whopping US $2.03 million. The name of this masterpiece is Lady Tennant Stradivarius. It is considered as one of those 650 rarest pieces created by the master luthier, Antonio Stradivari (1644-1737) in Cremona, Italy.

The oldest and rarest piece of violins comes from 16th century Italy. Antonio Stradivari the master craftsman created around 1,100 pieces of violin among them around 650 are still believed to exist. The original owner of this exclusive and expensive piece of violin was Charles Lafont. The name of this amazing violin came from Sir Charles Tennant, who purchased it for his beloved wife in 1900.