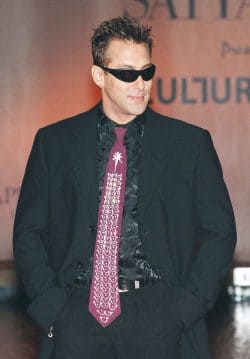 There are different opinions that you will get to see when they will talk about neck ties. To some, a necktie represents success or authority. To others, it can be seen as a restraint. In opinion of some, only men should wear them and for others the tie as unisex. In spite of what you may believe of ordinary ties, you may be impressed by most expensive necktie of the world.

The Satya Paul Design Studio, a company that originates in the early stages of fashion industry in India, unveiled the most expensive necktie of the world at a fashion show suitably titled “Cultural Ties” in Mumbai. Worn around the neck of celebrated film star Salman Khan of Hindi film industry, this one of its kind tie is made of pure silk with a pattern in 150 grams of gold. It is also embellished with 271 diamonds weighing 77 carats weighing 77 carats total. This most expensive necktie has a stunning price tag of over $220,000.