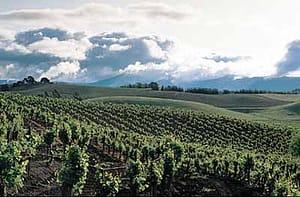 So many California wines have been bought by East Coast or European conglomerates, I’ve lost track of who owns what. But this week, five well-known Golden State wineries — Buena Vista Carneros (Sonoma, established 1857), Geyser Peak (Alexander Valley), Atlas Peak (Sonoma), Gary Farrell Winery (Healdsburg) and XYZin Wines (Geyserville) — were sold to Ascentia Wine Estates of Healdsburg, a quaint town with a thriving shopping square in Napa Valley. The deal was valued at more than $200 million.

This occurs just six months after they were first bought by Constellation Brands Inc. of NY state, one o the world’s wine and spirits giants. This purchase, according to an article in the SF Chronicle, “is a major reversal in the industry — local ownership by a smaller, wine-focused company.”

In fact, Ascentia chief executive Jim DeBonis said, “That’s probably the best part about this for me — our home base is going to be in Healdsburg. That’s where I live as well.”